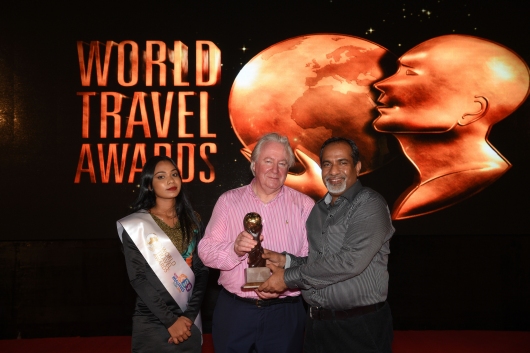 Trans Maldivian Airways (TMA) has been awarded as Indian Ocean’s Leading Seaplane Operator title at World Travel Awards. This is the fifth consecutive year, the airline has earned the title. The award was presented at the 2019 World Travel Awards Africa & Indian Ocean Gala Ceremony, held at Sugar Beach – A Sun Resort in Mauritius on 31s tMay 2019.

Trans Maldivian Airways (TMA) is the leading seaplane operator in the Maldives with the fleet of 50 Aircraft — one DHC-6-100, one DHC-6-200, 45 DHC-6-300s, and three DHC-6-400s. The airline plays a vital role in the Maldives tourism industry by transporting passengers from Velana International Airport to Resorts and carrying over 750,000 passengers a year to more than sixty-five Maldives resorts.

The airline was also named World Travel Awards Tourism Pioneer (Aviation) in 2016. TMA has won the regional award as well as the global title of World’s Leading Seaplane Operator since 2014.