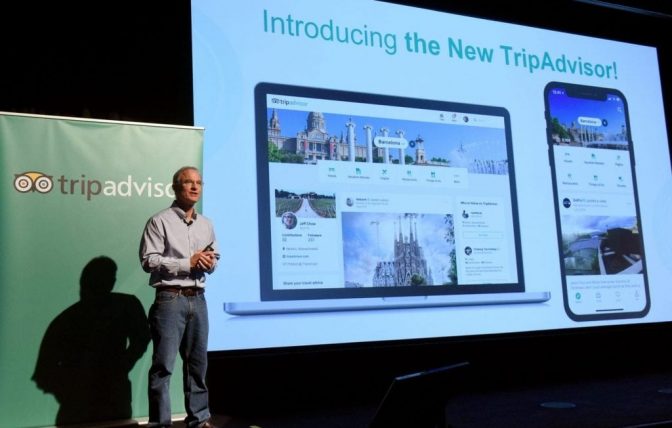 TripAdvisor Lays Off 25 Percent Of Workforce, Closes Some Offices

Tripadvisor CEO Steve Kaufer informed employees that the company is reducing its global workforce by 25 percent, including 600 U.S. employees as part of a broader restructuring, Skift has learned.

The number of global layoffs was more than 900, including the U.S. job cuts, Tripadvisor confirmed.

As part of a rolling process, employees were being informed whether they would be selected for the job cuts, according to sources.

Tripadvisor had nearly 4,200 global employees at the end of 2019 but had already done a round of layoffs of some 200 employees in January.

As part of the restructuring, Tripadvisor is closing offices in downtown Boston and San Francisco, and most likely other office globally. The company is headquartered in Needham, Massachusetts, and has 52 offices.

Most remaining employees are subject to 4-day work weeks, and a 20 percent pay cut.

“Tripadvisor firmly believe these measures are necessary and proportionate to the reality we face as a business and as an industry,” the company said in a statement.

The reorganization Kaufer announced includes shuttering and consolidating some brands, as well as management changes.

The Tripadvisor flights, car, and cruise teams will now be grouped under the business-to-consumer team and will be the responsibility of Lindsay Nelson, chief experience and brand officer.

Cruise Critic, which runs as an independent business, now comes under the purview of Chief Financial Officer Ernst Teunissen.

Tripadvisor is discontinuing its SmarterTravel business unit, and will determine which brands will survive under Nelson’s leadership.

“This is a tough day on many levels, and the pandemic has been nothing short of surreal,” Kaufer told employees. “With difficult decisions to make, the executive team and I firmly believe these actions appropriately balance our short-term financial needs with our long-term business objectives, but I know that reality offers little solace for those impacted by this news today.”