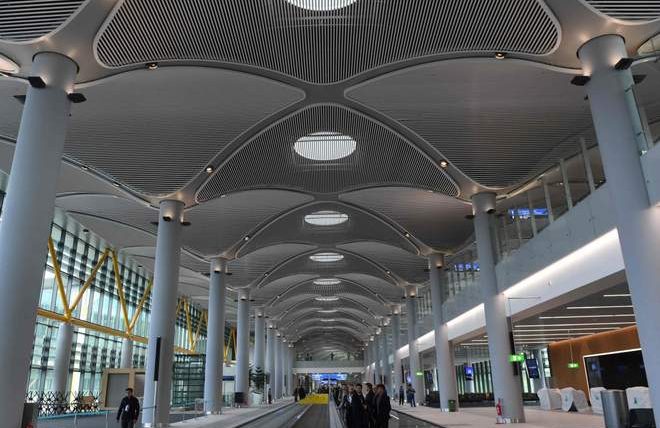 Istanbul Grand Airport has been inaugurated earlier today by President of Turkey, Recep Tayyip Erdoğan to mark the 95th anniversary of the Turkish Republic.

President Erdoğan described the project as one of the most “prestigious” in the world and a symbol of Turkey’s strength in times of economic attacks.

With the opening of the new airport, all the aviation operations will be transferred there from Atatürk Airport, which will close down at the end of December.

Speaking at the launching, Transport Minister Cahit Turhan said one-third of the world’s population will have direct access to the new airport.

At the initial phase, five takeoffs and five landings will take place at the airport. The new airport will serve 90 million passengers annually in its first phase. It is expected that the structure will occupy nearly 19,000 acres after its completion in 10 years and serve up to 200 million travelers a year with six runways.

The airport is expected to be the most important hub between Asia and Europe.