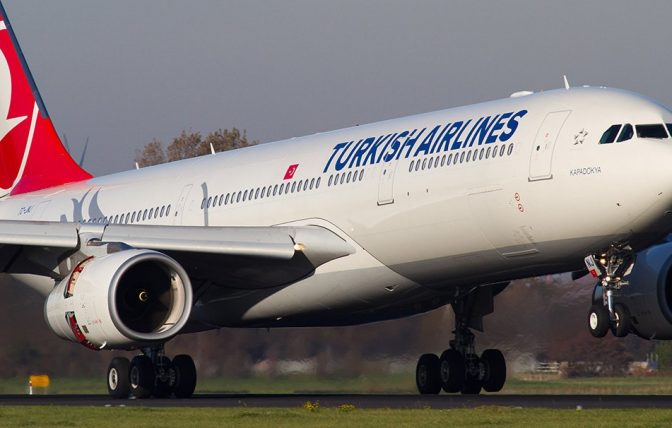 Turkish Airlines to Resume Limited Number Of Flights In June

Turkish Airlines plans a gradual resumption of flights from June and will take four months to return to near full operation, a draft plan seen by Reuters news agency showed.

The flag carrier, which flew to 126 countries before the COVID-19 outbreak, was forced to shut down all international passenger flights, will fly to just 19 countries next month, the April-dated plan proposed.

Looking to restart domestic and international flights after a suspension due to COVID-19, Turkish Airlines has drafted a flight plan for June, July, and August.

The airline is projected to operate 60 percent of domestic flights to all destinations, then to add destinations in July and August.

The number of destinations and flight frequency on international routes will rise to 103 and 572, respectively, in July, and to 160 and 937 in August.

It plans to gradually build up the number of destinations to 99 countries in September, according to the plan, which the company told Reuters may be subject to change in line with developments.

Turkish Airlines, which carried more than 74 million passengers last year, has suspended passenger flights until May 28 after borders were shut down to stem the spread of the novel coronavirus.