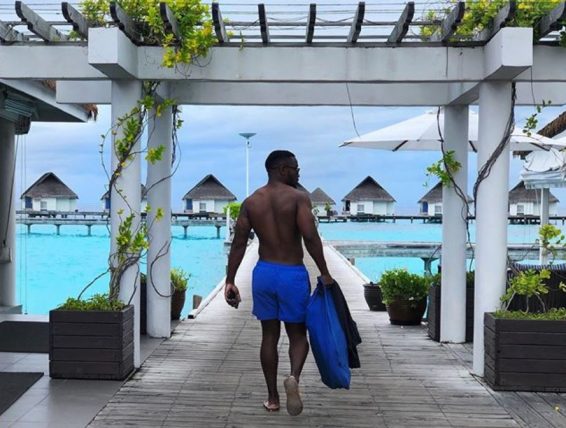 Most notable for his role in South Africa’s most popular TV show, the river—Lunga Shabalala began his career in a Coca-Cola commercial from where he has moved onto presenting on TV. Shows that he has co-presented include SABC 3 reality TV show, Man Cave alongside Janez Vermeiren; Selimathunzi and entertainment countdown show 10 over 10.

Shabalala has shared pictures of his vacation on his Instagram profile (@lunga_shabalala).

Surrounded by the blue ocean of the South Ari Atoll, Centara Grand Island Resort & Spa Maldives is a barefoot paradise with over 112 spacious villas set over-water. With a house reef that is a kaleidoscope of color for snorkellers and a shipwreck dive site just off the island, Centara Grand Island Resort & Spa is the ultimate All-Inclusive resort which has a wealth of activities and superb facilities.