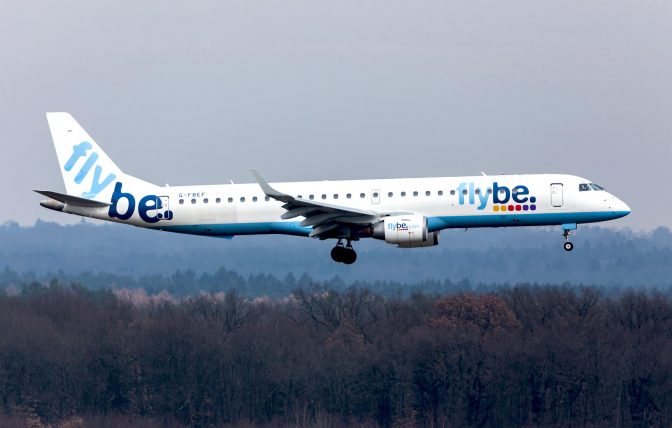 One of Britain’s biggest airlines, Flybe, collapsed on Thursday (March 5) with all its flights grounded, the company said, as the COVID-19 epidemic takes a heavy toll on airlines around the world.

A statement on Flybe’s website said the company had entered administration and could not arrange alternative flights for its passengers.

“All flights have been grounded and the UK business has ceased trading with immediate effect,” said the airline, which avoided going bust in January only after being granted a tax holiday by the UK government.

Flybe, which employs 2,000 people, had failed to turn around its fortunes since being purchased by the Connect Airways consortium last year, initially owing to weak demand and fierce competition.

That has now been compounded by the COVID-19, with a slew of airlines cancelling flights and warning profits would take a hit from decreased demand.

The announcement came hours after British media reported that the airline could collapse following its failure to secure a £100 million (S$178.4 million) state loan to help stabilize the business.

The COVID-19 virus’ impact on travel “has made a bad situation much worse”, sources told the BBC, while Bloomberg News reported Thursday that no agreement could be reached on a virus-related bailout.

Small British airlines have suffered recently from volatile fuel costs and a weak pound. Flybe is the biggest operator of UK domestic flights. The no-frills airline carries around eight million passengers annually and flies from 43 airports across Europe and 28 in Britain.