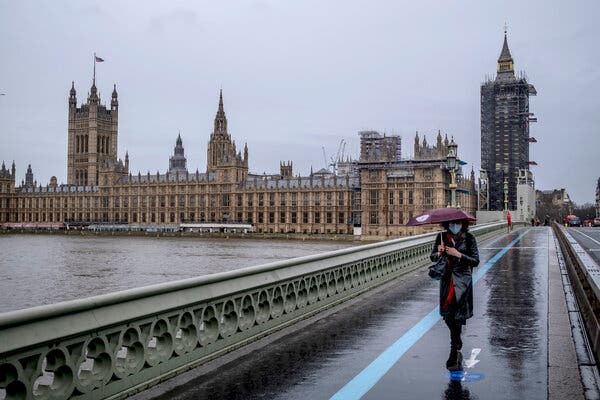 UK Tightens Lockdown Ahead of the Festive Season

The United Kingdom has entered a period of intense restrictions after a mutation of the coronavirus was discovered spreading rapidly through the population of London and the southeast and east of England. Most of the country faces a strict lockdown as Christmas approaches, and several countries throughout Europe have banned travel from the U.K.

The British government put several parts of England into what’s known as “Tier 4” restrictions after the spike in infections. Prime Minister Boris Johnson announced the new restrictions on Saturday.

“Given the early evidence we have on this new variant of the virus — the potential risk it poses — it is with a very heavy heart I must tell you we cannot continue with Christmas as planned,” Johnson said. “In England, those living in Tier 4 areas should not mix with anyone outside their own household at Christmas.”

The new restrictions are broadly similar to the national restrictions that were in place in November. Residents in the affected areas can’t leave their homes except for essential trips; non-essential retail — as well as indoor gyms, movie theaters and hairdressers — have been forced to close. If people want to spend time with those outside their household, it can only be one person at a time, and it needs to be outdoors. (One difference from November’s restrictions is that communal worship can still take place).

Several countries, including Ireland, Italy, Belgium and Netherlands have banned flights from the UK to prevent the spread of a more infectious coronavirus variant.