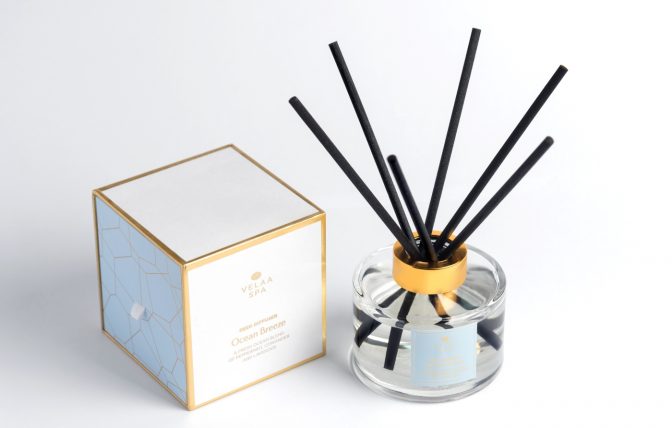 Velaa Spa by Velaa Private Island, the world’s most exclusive private island located in the Maldives, has launched its debut collection of luxury home fragrances. Taking its inspiration from the stunning natural island in which it is set, the new Velaa collection will now allow guests to take the scent of the Maldives, home. The collection features three sensational fragrances – Ocean Breeze, Velaa in Bloom and Essence of Paradise.

From lavender to honey, peppermint to coriander, the scents will excite the senses to recreate the luxurious surroundings of Velaa, anywhere in the world, bringing back memories on the island.

The fresh fragrance Ocean Breeze, which guests would know from the recreation areas and cold towels of the resort’s restaurants, draws in memories of the crystal azure sea surrounding Velaa Private Island.

The light floral fragrance of Velaa in Bloom, found in the island’s spa, gives the heady notes of night jasmine that lingers on the island. 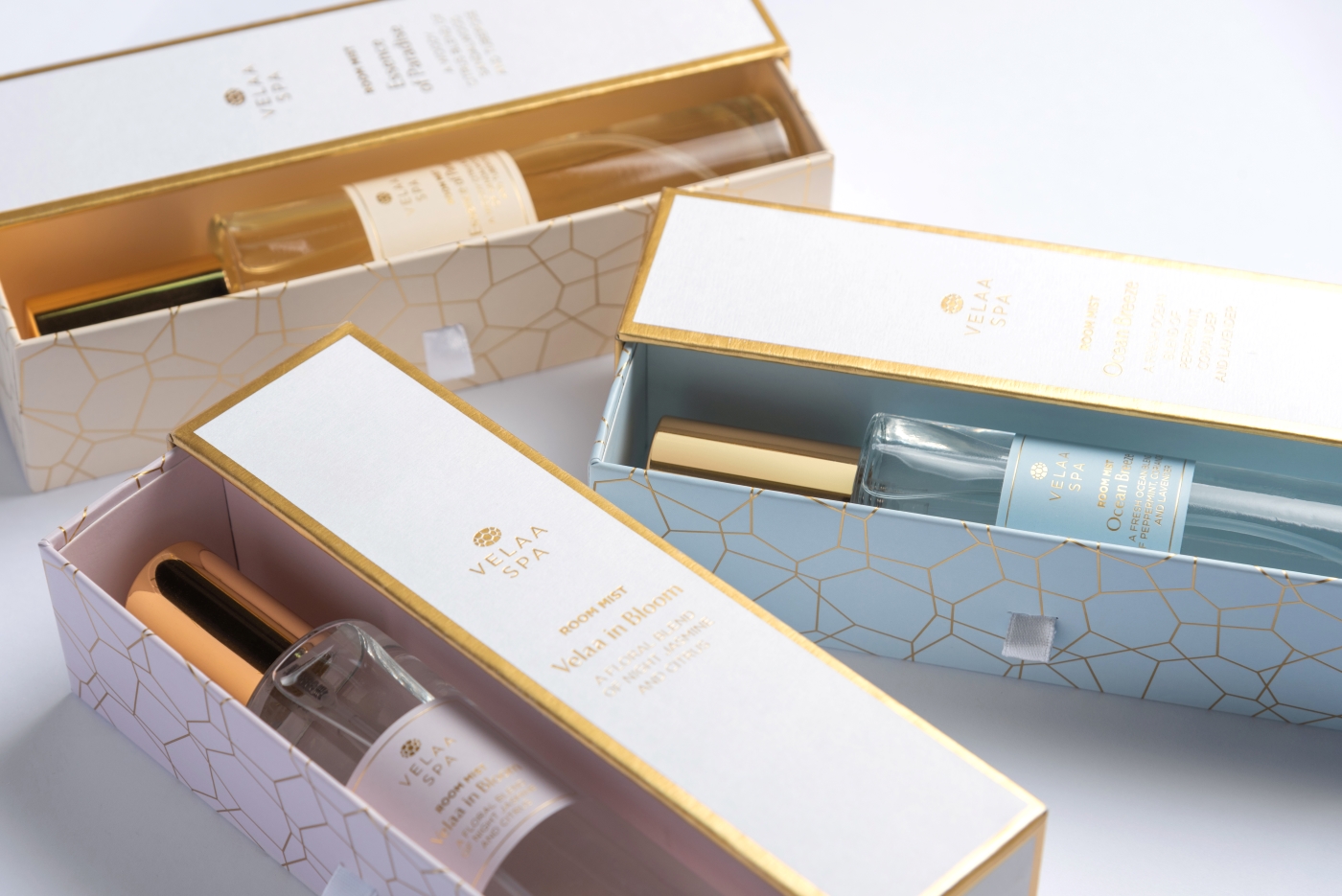 The woody fragrance Essence of Paradise, known to guests from the public areas and airport lounge, is a reminiscence of the sandy roads and lush green flora of Velaa.

“We often have guests asking about the beautiful scents we use around the property so we decided it was time to try to create our own and capture the unique natural fragrances which can be experienced here in nature”, said Wayne Milgate, General Manager at Velaa Private Island.

“Guests can close their eyes and escape to another place,” added Wayne. “There is a powerful sense of escapism in smell, and we wanted to offer the chance to take that lingering memory of Velaa as a souvenir, back home.”

Candles and reeds are priced at USD 85++, room mist at USD 75++ and are available at the Velaa Spa. Velaa Spa was relaunched earlier last year and is known to be the pioneers of some of the most luxurious and innovative treatments in the world. For more information or reservations, visit https://www.velaaprivateisland.com/ 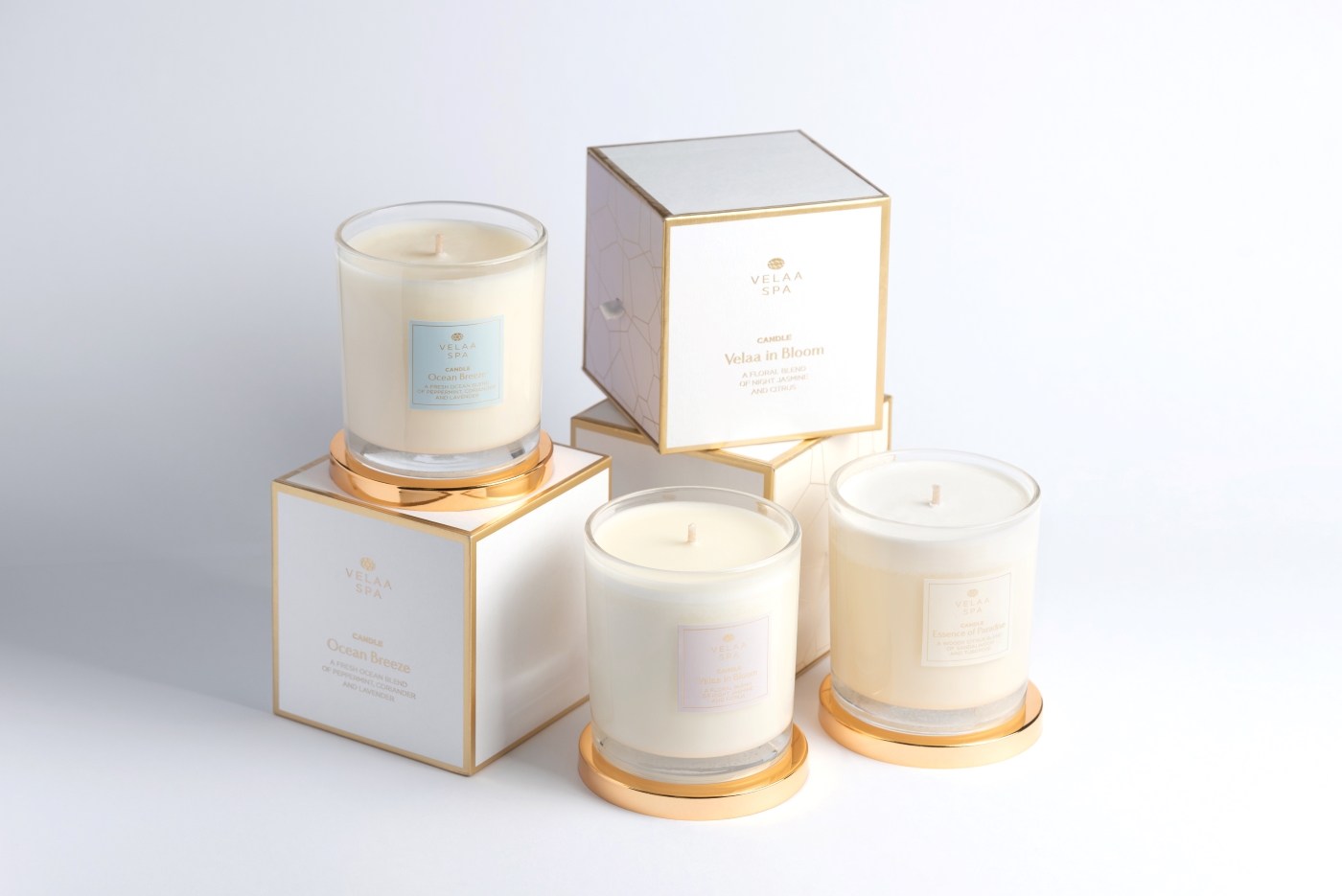 Nestled within the constellation of islands that form the Noonu Atoll in Maldives, Velaa Private Island takes exclusivity to the next level with facilities and service that go beyond traditional resorts. Designed by award-winning Czech architect Petr Kolar as “an elegant fusion of Maldivian culture with contemporary luxury, intimate with Maldivian nuances”.

Velaa Private Island is the realization of a dream to create a ‘beyond luxury’ exclusive boutique hideaway in the Maldives. Velaa means “Turtle” in the local language – named after generations of sea turtles that flock there to nest and hatch. From a broader “bird’s eye view” which greets arrivals by seaplane, the island’s exclusive over-water villas are also constructed to resemble the head of a turtle, with the island forming the body.

The resort comprises 47 private villas, houses and exclusive residences. While 18 of the 47 are built over water, the Romantic Pool Residence can only be reached by boat, allowing even more privacy and exclusivity.