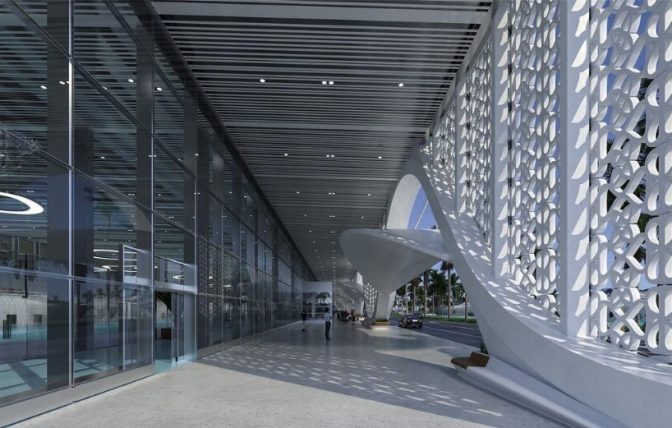 Velana International Airport (VIA) has revealed a glimpse of its new passenger terminal building currently under development.

The new terminal building will remove the space constraints faced by the existing terminal and host a wide range of F&B outlets, Retail spaces, Lounges and other services. The construction of this project is set to be completed by 2022.

VIA has been serving Maldives as the main gateway for the passengers traveling to and from the mesmerizing chain of islands in the Indian Ocean. Today, VIA proudly harbors the biggest seaplane operations in the world and connects to over 35 international destinations and serves to more than 30 international airlines. In total, VIA has a passenger traffic of more than 3 million.