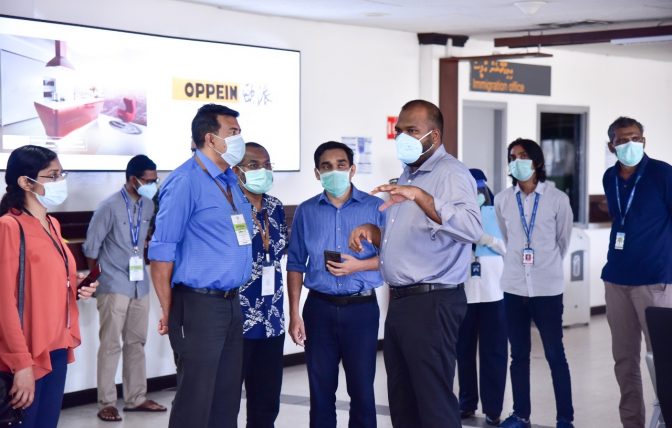 Maldives Airports Company Limited (MACL) has announced that Velana International Airport is geared up for the “new normal”.

In preparation for the reopening of tourism industry, MACL’s General Manager Hassan Areef said that all precautionary measures are now put in place to open the airport.

Velana International Airport has implemented social distancing measures with clearly visible distance information and floor markings in passenger terminals as a precautionary step for the safety of passengers and staff. According to MACL, bright floor markings can now visibly be seen, three feet apart from each other, in places of possible passenger congestion.

In the planning process of preparing to restart Maldives Tourism, Minister @ali20waheed with the “Technical Advisory Group” visit @VelanaAirport to identify safety measures to be taken at the airport when reopening the border
@MACLmedia pic.twitter.com/5uzHRf2eX3

In addition, four feet tall glass sheet separators between counters were installed to strengthen the protective measures against the virus.

MACL further revealed that hygienic measures would be intensified across the airport. All seats and desks, lounge areas, ticketing and check-in counters, along with flooring and airport tarmac area are subject to daily disinfecting drills.