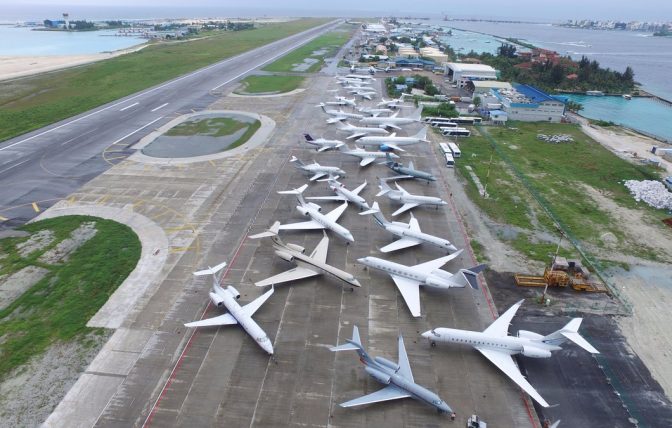 Velana International Airport to be Closed Every Night

Velana International Airport (VIA) will be closed every night from 2100 hours to 0600 hours.

Maldives Airports Company (MACL) that operates the main airport of the Maldives said that effective from Saturday (28th March), the airport will be closed for 9 hours every night..

However, if a flight has to be landed for a medical purpose or for seeking assistance, the airport will accommodate those unscheduled cases. These flights have to seek approval from MACL three hours before landing.

Various travel restrictions put into place by countries due to the COVID-19 pandemic has put the airline industry in havoc throughout the globe. This has resulted in temporary suspensions of flights by a number of airlines to the country and the airport have been almost left deserted.

Maldives has also suspended issuing on-arrival visas and banned tourists arrival to the country from 27th March which has led to a decrease in the number of passengers to the domestic flights as well. From 29th March domestic airline Flyme has also decided to cease its commercial flight operations in the country due to this.