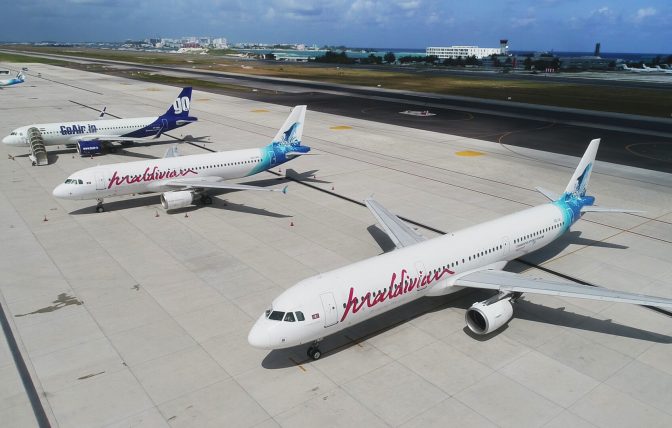 The new runway of Velana International Airport (VIA) will be in use from today onwards, more than two years after the construction was completed.

However, the new runway can only be operational for takeoff and landing once the new seaplane terminal can be fully functional with Trans Maldivian Airways terminal area entirely removed which is in close proximity of the new runway blocking its operation.

Therefore, Maldives Airports Company Limited (MACL) has revealed the new runway will be used as a taxiway from 1st February 2022 to smoothen operations at Velana International Airport. This change is expected to ease the congestion at VIA and the airport will be able to accommodate 16 arrivals which will be double its current capacity.

Airplanes will be able to land and exit the runway without having to backtrack which would allow additional airplanes to takeoff and land without needing to wait for the runway to be clear.