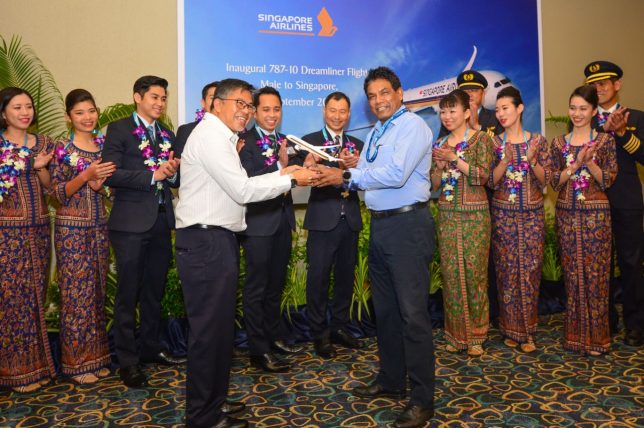 The aircraft’s configuration includes 36 Business Class seats and 301 Economy class seats. Dreamliner aircraft are the most fuel-efficient aircraft which can fly up to 8000 nautical miles non-stop.

On the evening of March 28, 1984, amidst a backdrop of glamour and anticipation, an inaugural B747 landed to then Male’ International Airport. Since then on, for the past 35 years, Singapore Airlines has been crossing Asia from the Maldives to Europe and most places in between. 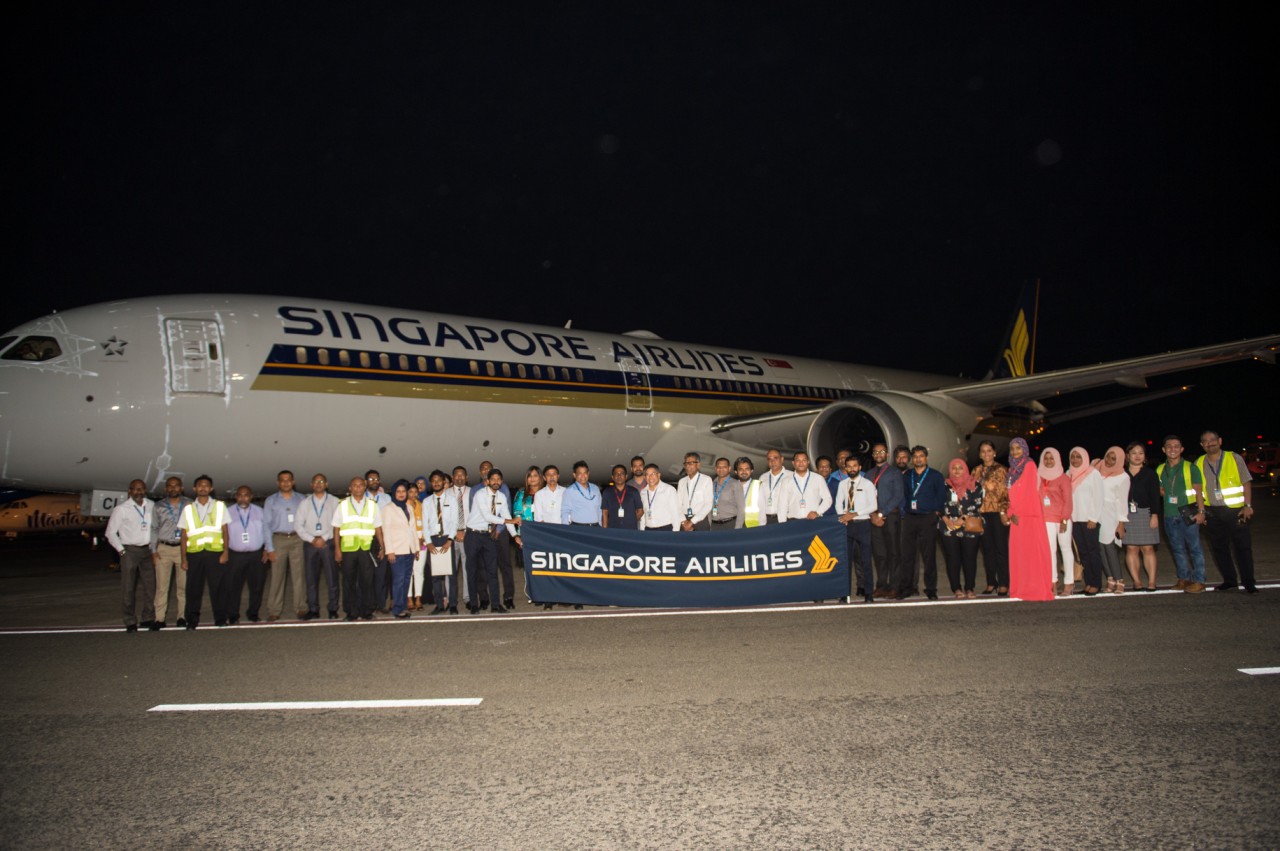