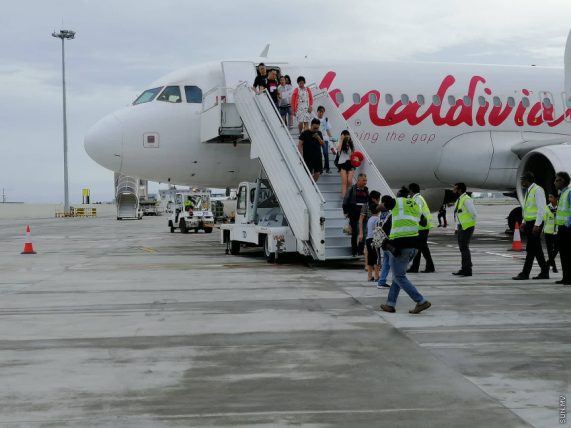 The first airline to park on the new apron in VIA was the national carrier of Maldives, Maldivian narrow-body aircraft which can accommodate over 200 passengers. The airline was on route from China/Bangkok and a warm welcome was given with a water salute to celebrate the inauguration of the event.

Hassan Areef, the Associate General Manager of Corporate Communication at MACL stated that the inauguration of the apron is a huge achievement and that the development of the new runway will have a major impact in improving the flight service.