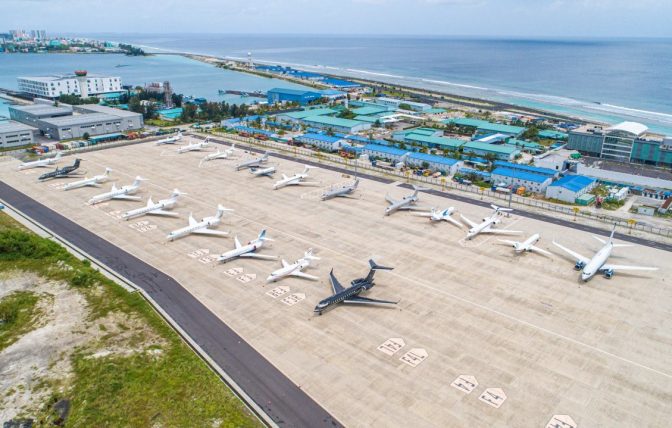 VIA Stuns with 53% Increase in Private Jet Landings This Year

Maldives Airports Company Limited (MACL) has stated that Velana International Airport (VIA) has received an all-time high amount of private jets this year resulting in a 53% increase while compared to 2019.

Speaking at the special ceremony to welcome the 1.6 millionth visitor of 2022 yesterday, General Manager, Corporate Affairs and Communications of MACL, Hassan Areef, mentioned that the figures were compared to that of 2019 due to the drastic decrease in number of passengers in 2020.

Comparing from January to November this year to the same period of last year, he said:

Travelers arriving by private jet have been permitted to enter the country since 1st June 2020. Since its the peak season of the destination, the number of private jets arriving in the Maldives is projected to increase even more. The island nation has previously witnessed increase in jet landings up to 15 jets a day during the peak season.

As of right now, there are over 30 international flights operating to the Maldives. Statistics by the Tourism Ministry also states that 1.6 million tourist arrivals have been recorded achieving the tourist arrival target for 2022 which is around 27% increase compared to the arrivals last year.