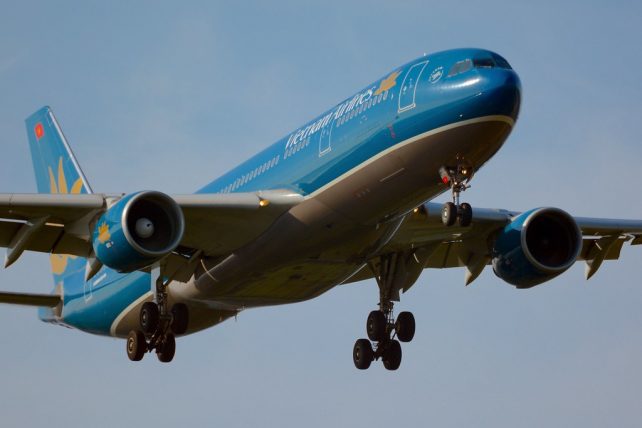 Vietnam Airlines says goodbye to its final Airbus A330

The national flag carrier Vietnam Airlines announced it had retired their last Airbus A330 aircraft in a move to replace its aging rolling stock with new models.

Since October 2016, the Airbus A330 fleet had safely transported nearly 20 million passengers on around 96,000 flights. With 12 aircraft of this model at the carrier’s peak, the planes were mainly used on mid-haul flights such as Hanoi – HCM City and Hanoi/HCM city – Da Nang, and 15 international flights to the EU, Australia, Northeast Asia, and Southeast Asia.

Vietnam Airlines’ phasing out of the A330 is part of the plan to upgrade its fleet with new-generation aircraft such as Boeing 787 and Airbus A350.

In 2015, the carrier became the first airline in the world to successfully operate both next-generation aircraft Boeing 787-9 Dreamliner and Airbus A350-900 XWB at the same time. The fleet has helped Vietnam Airlines save energy and maintenance cost, reduce 20-25 percent of carbon emission while improving its service as a four-star airline.

It is now operating 94 routes to 21 domestic and 29 international destinations with an average of 400 flights per day, connecting the world’s major cities to travel destinations in Vietnam, Laos, Cambodia, and Myanmar.