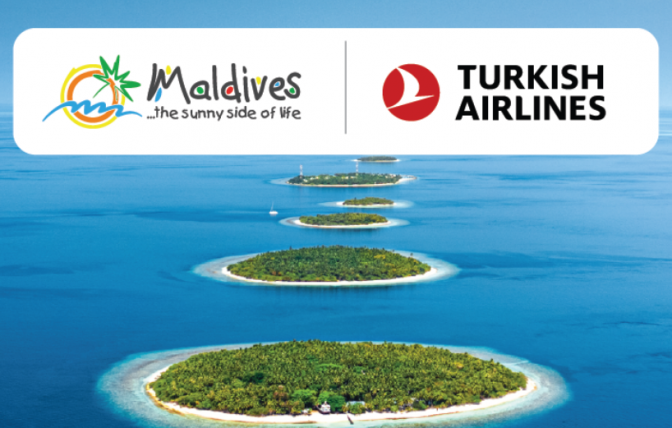 Maldives Marketing and Public Relations Corporation (MMPRC/Visit Maldives) has concluded a unique 3 month-long campaign with the national flag carrier airline of Türkiye, Turkish Airlines. The campaign, initiated in February 2022 under MMPRC’s efforts to position Maldives as top of the mind destination in the Turkish market, targeted consumers to increase Maldives brand awareness and destination presence in the Turkish market.

Under the campaign, a compelling 30-second promo video showcased the alluring scenery, the tourism products (resorts, guesthouses, liveaboards, and hotels), and uniquely-Maldivian experiences played before the beginning of each movie available on the in-house flight entertainment systems on all Turkish Airlines’ flights. The video highlighted the scattered islands of the Maldives, products and unique experiences awaiting tourists in the Maldives.

With exclusive rights to the video slot, the video was aired across 44,800 Turkish Airlines’ flights reaching an estimated 11.2 million views. Besides being the Turkish National flag carrier, Turkish Airlines provides significant coverage and visibility for the Maldives brand through its vast international routes, as it is favoured by a lot of passengers from the West, Eastern & Central European countries as well as Middle Eastern countries.

Last year, MMPRC invited prominent journalists from Türkiye on a familiarisation trip to the Maldives. There are more marketing activities in the pipeline for the Turkish market and the surrounding region, including a major joint marketing campaign with a major Turkish tour operator later this year.

MMPRC carried out 260 different marketing activities in 22 global markets last year, including fairs, roadshows, familiarisation trips, marketing campaigns, webinars, and interviews. The greatest testament to the success of these activities came late last year, as the Maldives secured the title of ‘World’s Leading Destination’ (among several other accolades) at the 2021 World Travel Awards, globally recognised as the hallmark of industry excellence. This is the second consecutive year that the Maldives had successfully earned this prestigious title, a shining testimony of the trust placed in the ‘magic of Maldivian hospitality’ by travellers from all over the globe.