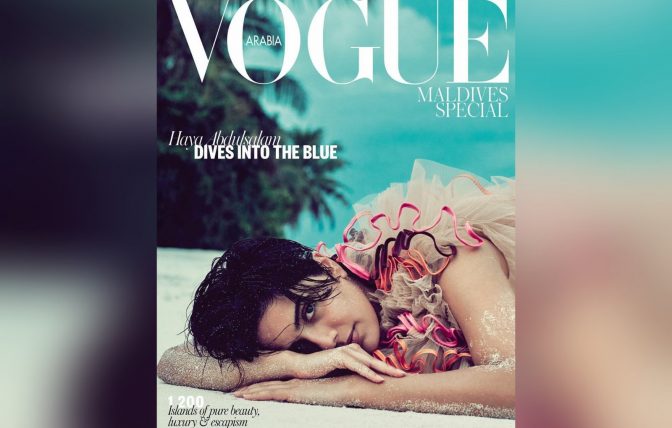 Vogue Arabia January 2020 issue features the Maldives along with Kuwait’s leading lady Haya Abdulsalam as she dives into an idyllic escape at Pullman Maldives Maamutaa Resort. This is part of the continued efforts by Maldives Marketing and Public Relations Corporation (MMPRC) for the destination marketing campaign. 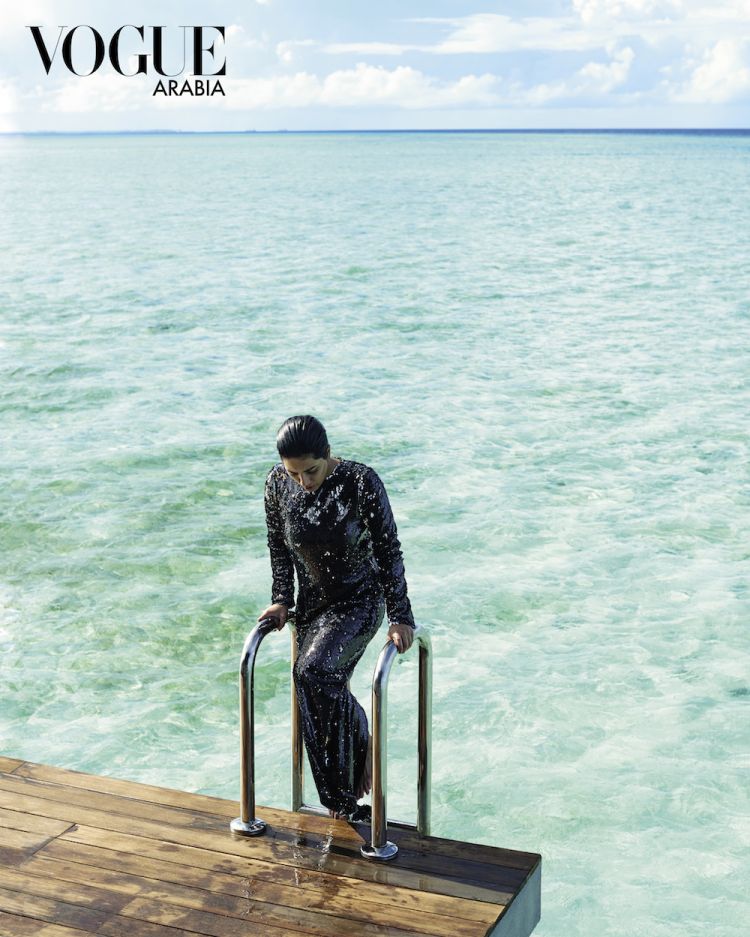 Vogue Arabia is the Arab edition of Vogue magazine. It is distributed in several Middle East countries, including Saudi Arabia, Bahrain, Qatar, Kuwait, Oman, United Arab Emirates, Jordan, and Lebanon. Vogue Arabia became the 22nd edition of Vogue when its first issue was published in March 2017. 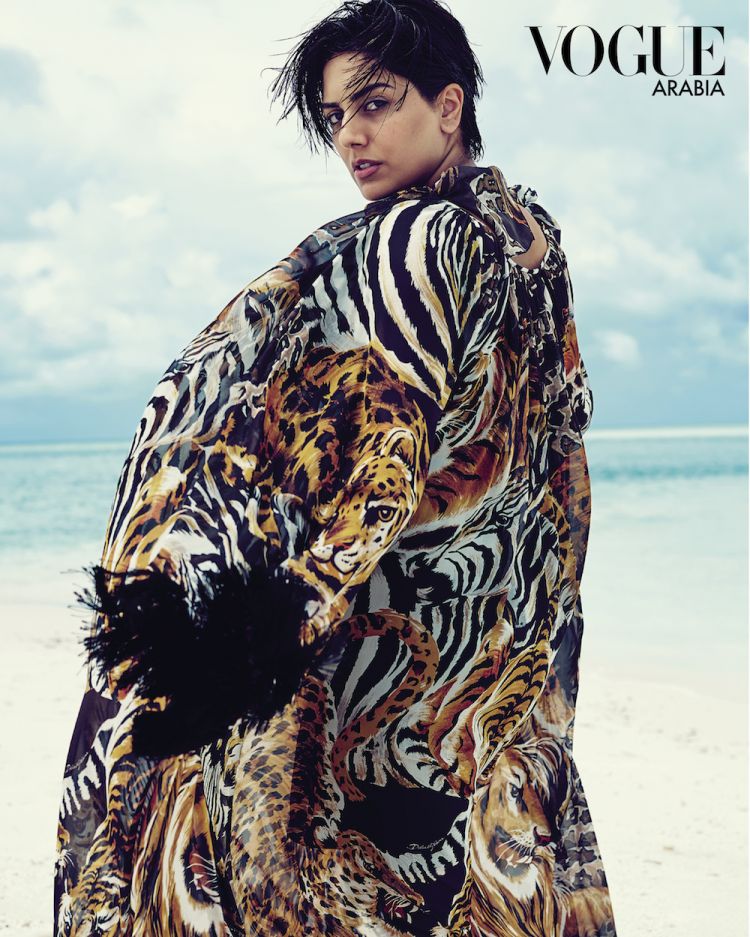 Haya Abdulsalam shares how she unwinds when she is the most comfortable, and making time out of her busy schedule for herself and her family. 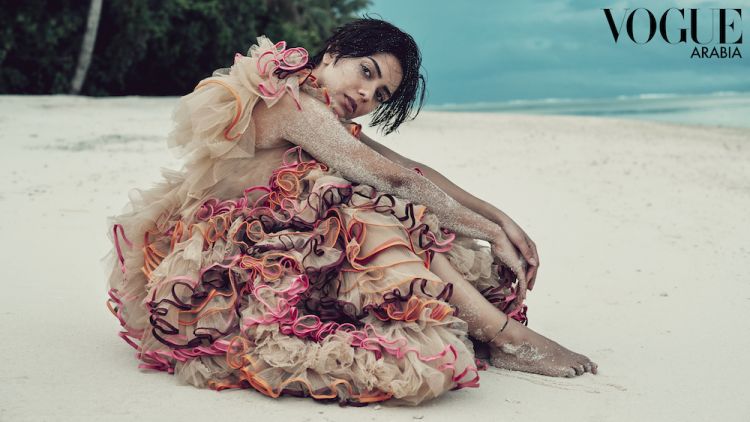 She is seen wearing dresses by Marques’ Almeida, Givenchy and Mary Katrantzou for the shoot. She also wears kaftans by Dolce & Gabbana and Andrew Gn at Robinson’s along with a feather headpiece by Giambattista Valli.

The photographer for the shoot was Gianluca Fontana.