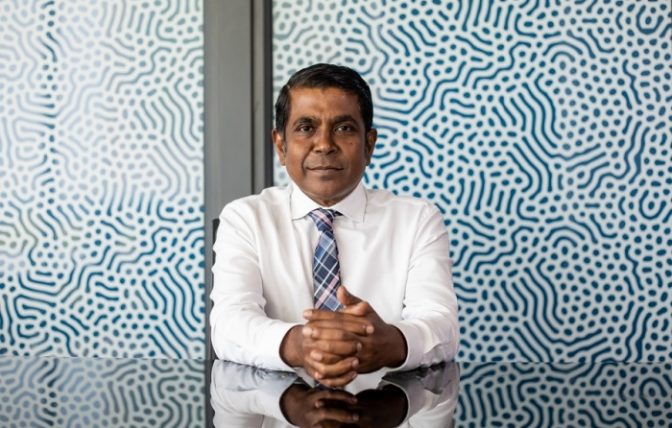 Thoyyib Mohamed, Managing Director of Visit Maldives, has stated that a collective global effort is needed to combat climate change and make the Maldives a less vulnerable nation. He made this remark while appearing on a BBC interview with Aaron Heslehurst in London.

During the brief interview, Thoyyib revealed that following the effects of the COVID-19 pandemic. the tourism sector in the Maldives has bounced back relatively well.

“Tourism is our lifeline,” said Thoyyib. “It’s in our blood, and we cannot survive without it. Despite the pandemic, we have just received one million tourists this year. It’s been a collective effort by the whole nation. The private sector, the government, the frontline workers — everyone has worked so hard.”

He further noted that the Maldives was one of the first countries to open international borders after the pandemic-induced lockdown. “Of course, we were the first to open our gates after the lockdown within four months, along with Dubai,” he said. “After the pandemic, Maldivians have worked hard to get back on track.”

However, when talking about climate change, there exists a conflict between the economic necessity of tourism and the looming issue of global warming. While travelers fly miles from across the globe to get to the Maldives, causing a spike in carbon emissions, the threat of climate change puts the islands at severe risk.

“Again, it is a collective effort needed by the world for the Maldives to become a safer nation,” said Thoyyib. “With the COP26 happening now, I’m sure these messages will be carried out.”