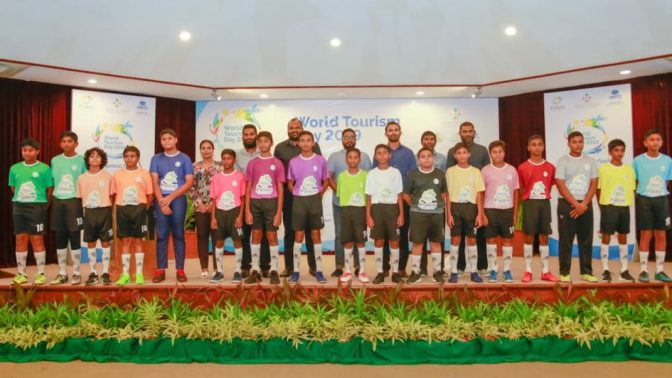 Organized by Ministry of Tourism, Kids Football fiesta is a one-day football tournament open to Male’, Villimale’ and Hulhumale’ schools. This will be held in association with the Ministry of Youth, Sports and Community Empowerment, Football Association of Maldives and Ministry of Education. Best players of this knock out style tournament will be awarded a chance to play with the under 13 national team squad for the Intercontinental Cup which will be held in Dubai next year. To assist in selecting the best players, the popular former Real Madrid’s captain and Spanish player Míchel Salgado will be there. 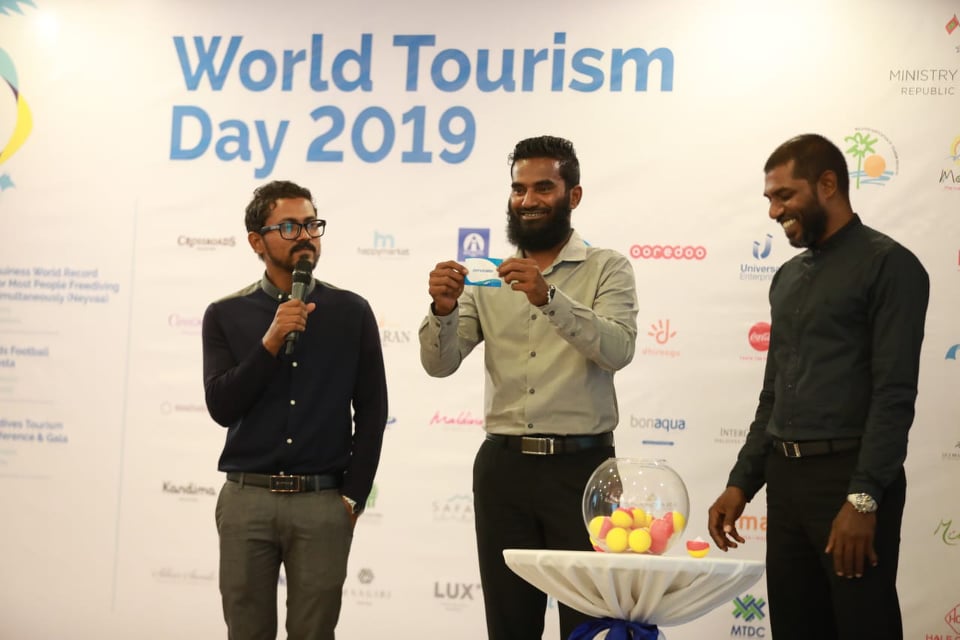 This event is sponsored by Alia Investments Pvt Ltd, powered by Dhiraagu and co-sponsored by Coco Collection. The finalized schedule for Kids Football Fiesta was announced and the special jerseys for the 17 participating schools were unveiled during the draw ceremony. National team player Ali Ashfaq and former national team goalkeeper Imran Mohamed participated in the ceremony.