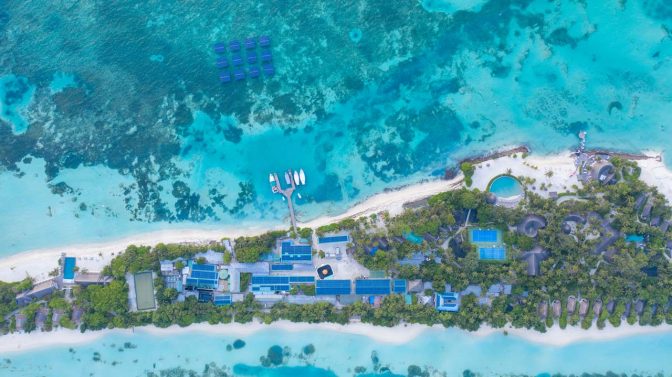 This unique technology called SolarSea gathers solar energy directly on the ocean to power the island in an eco-friendly fashion.

As part of the resort’s commitment to sustainability, LUX* South Ari Atoll has pledged to minimize carbon dioxide emissions. To achieve this goal, the five-star luxury resort partnered with the leading solar provider Swimsol, an Austrian-Maldivian company, which provided a solution to overcome the limited space available for solar panels on small tropical islands. Consequently, Swimsol developed the first and only patented floating solar system that is designed to withstand the harsh conditions of the waves, storms and saltwater. 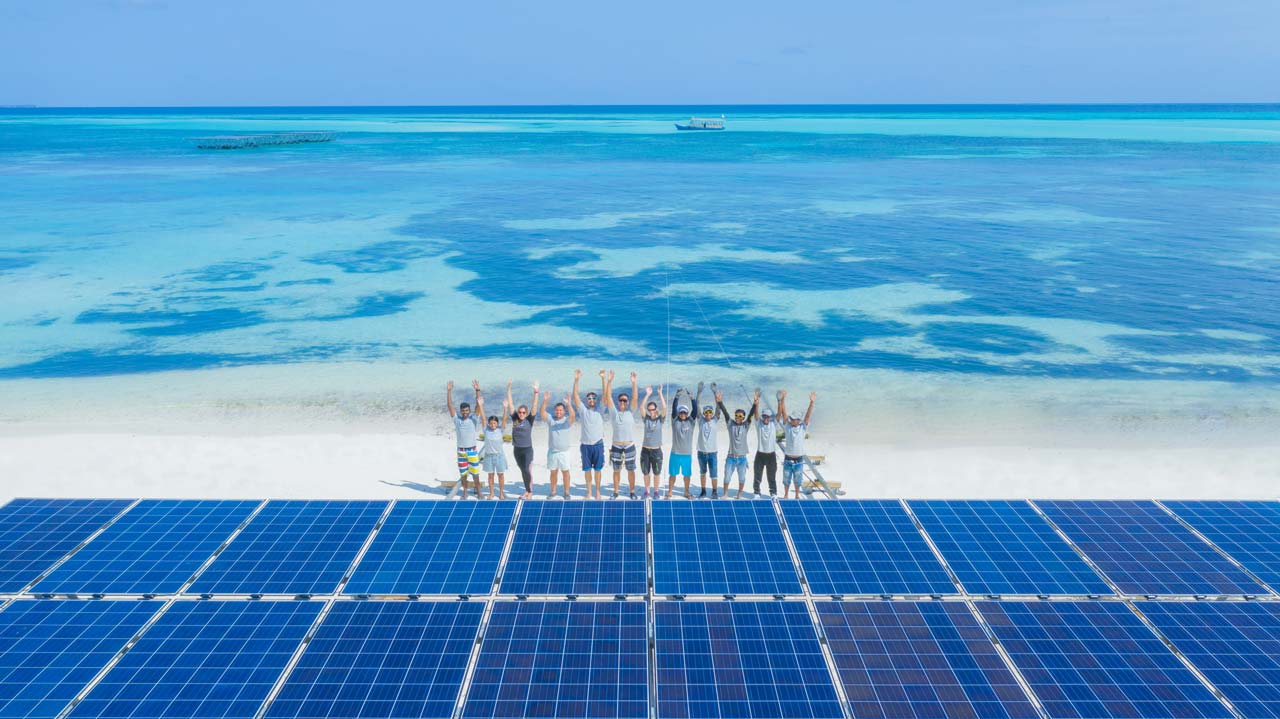 “Innovation is key to achieving true sustainability, and we are happy to partner with Swimsol to work towards our goal of minimizing our ecological footprint. As one of the biggest resort islands in the Maldives, we aim to lead the way with eco-tourism and marine conservation work in our region as part of our commitment to good governance, social responsibility and respect for environmental standards”, said Jonas Amstad, General Manager at LUX* South Ari Atoll.

The resort is already using a rooftop system with the same solar company. Once all suitable roofs were covered with solar panels, the resort decided to expand beyond the shoreline with twelve SolarSea platforms. Thereby the solar capacity increased by 40% and reached 678 kWp, enough to power all guest villas with solar energy during the peak sun hours.

The result is cheaper energy and a saving of more than 260,000 litres of diesel per year that previously were needed to produce the same amount of electricity with combustion engines. Additionally, guests can follow a live “solar tracker” on their in-villas IPTV that will indicate the energy produced, diesel saved as well as the equivalent of carbon dioxide emissions savings to offset the number of long-haul flights. 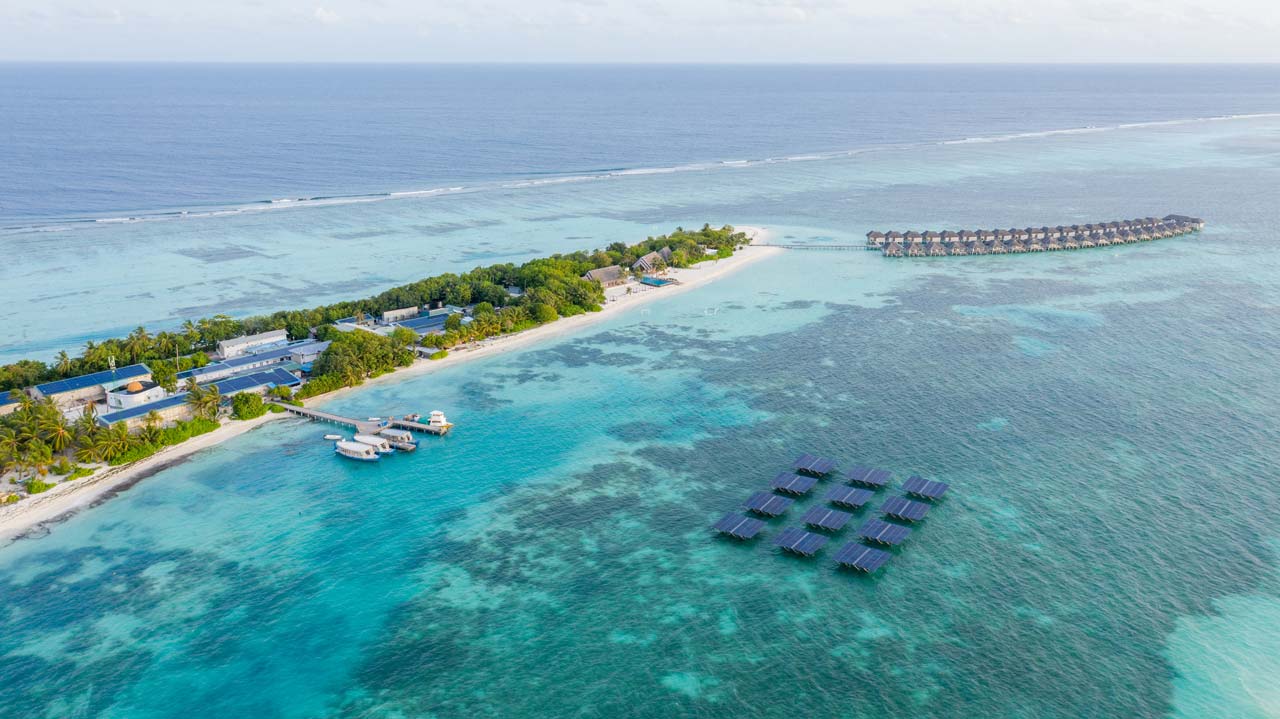 The ocean benefits as well – the platforms provide shelter for juvenile fish and invertebrates, acting like fish-aggregating devices. To avoid any negative effects, the platforms float above the sandy seabed, avoiding the coral reefs. Free-swimming coral larvae can even use the platforms to grow into adult colonies, which can then be replanted on the ocean floor. Today, the combined rooftop and SolarSea system at LUX* South Ari Atoll is one of the largest solar installations in the country. Plans to further increase the solar capacity are already underway.

Hussain Simad, Managing Director at Swimsol Maldives, has big plans. He said, “Swimsol is the only company with this patented technology in the world right now and our goal is to enable every island to run purely on solar energy. It is a fantastic opportunity to work with LUX* South Ari Atoll to achieve this with their immense support and passionate enthusiasm in making a difference.”

Following in the steps of its parent company, The Lux Collective, of which the purpose is to make each moment matter and to care about what matters, LUX* South Ari Atoll is committed to contributing in any way, big or small, to make eco-tourism a success in the Maldives.