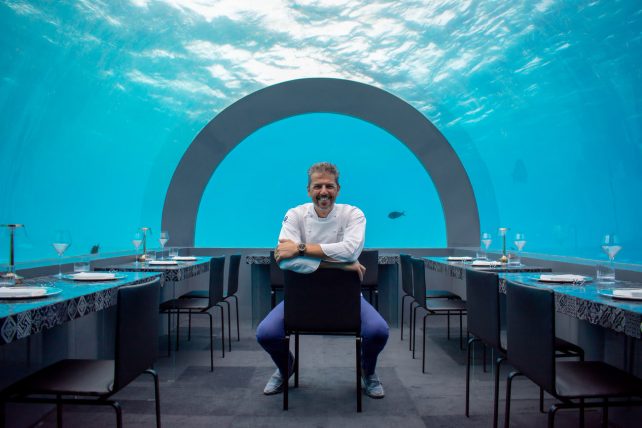 You & Me by Cocoon Maldives has hosted an exclusive Gourmet week with the starred Chef Andrea Berton from 13-15 August 2019.

The Gourmet week was a successful event which gave the guests a wonderful opportunity to experience the authentic gastronomic offerings of Chef Andrea and meet him personally.

Andrea Berton was born in Friuli Venezia Giulia in 1970. His adventure started in Milano in Gualtiero Marchesi’s Cuisine in Via Bonvesin de la Riva, where he stayed for 8 years. His training continues in the best restaurants in the world: Mossiman’s in London, Enoteca Pinchiorri in Florence and at Louis XV di Montecarlo under Alain Ducasse. From 1997 to 2001 he worked as Chef at the Taverna di Colloredo di Monte Albano, gaining his first Michelin star. 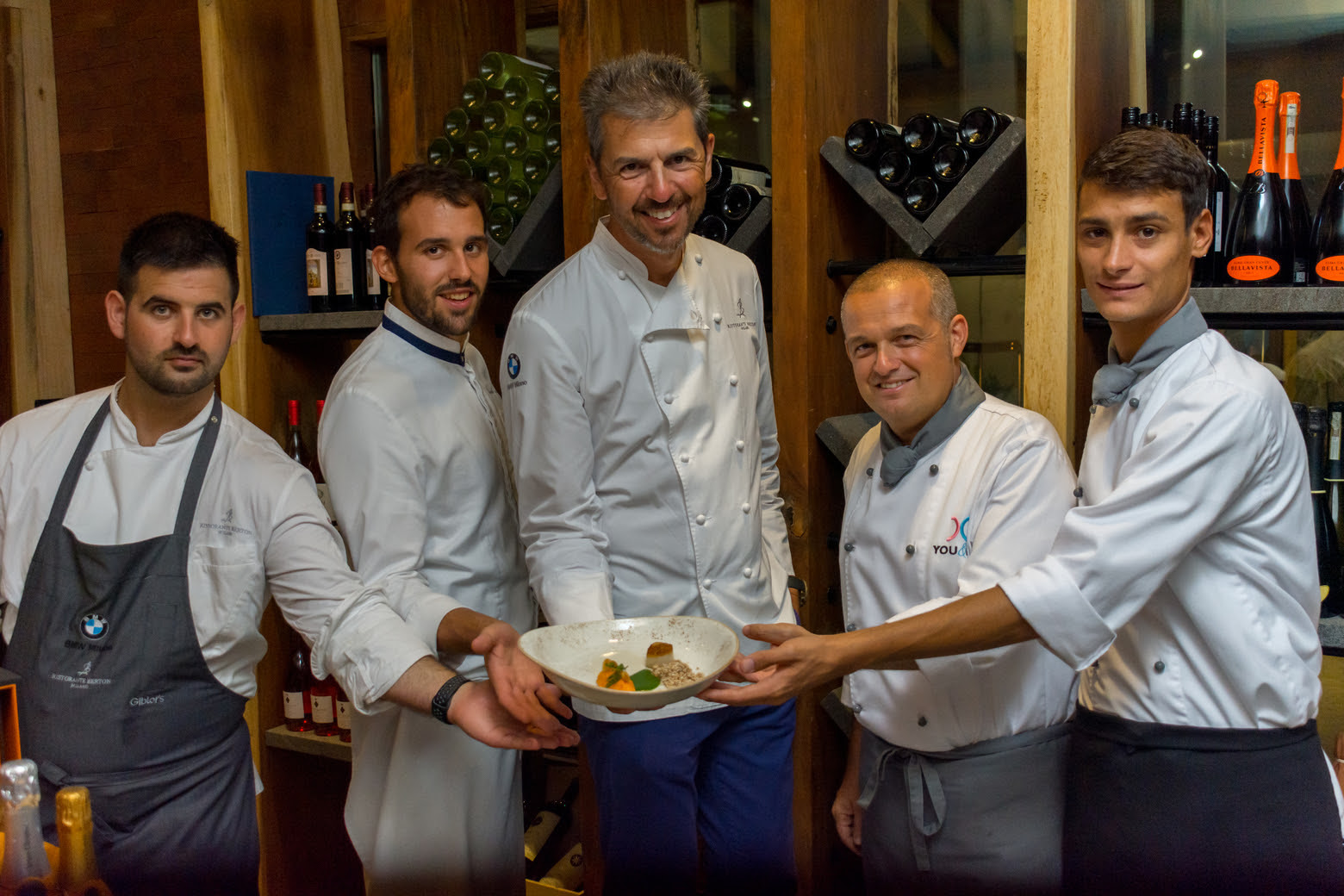 In 2005 he started his collaboration with the restaurant Trussardi alla Scala where he won several awards, obtaining the first Michelin star in 2008 and the second one in 2009, Tre Forchette Award from Gambero Rosso in 2010 and Tre Cappelli Award in Espresso guide in 2011. In 2012 he started with consulting in positioning, ideation and the development of new high-quality dining projects.

With a group of partners, he opened in 2012 Pisacco Restaurant and Bar and in 2013 DRY Milano Cocktail &Pizza. He goes back to his cuisine with the opening of Ristorante Berton where he presents “modern dishes”, giving value to common ingredients and revealing some unknown ones. Opened in December 2013, the restaurant that brings the Chef’s name is characterized for a cuisine where tastes are always recognizable. 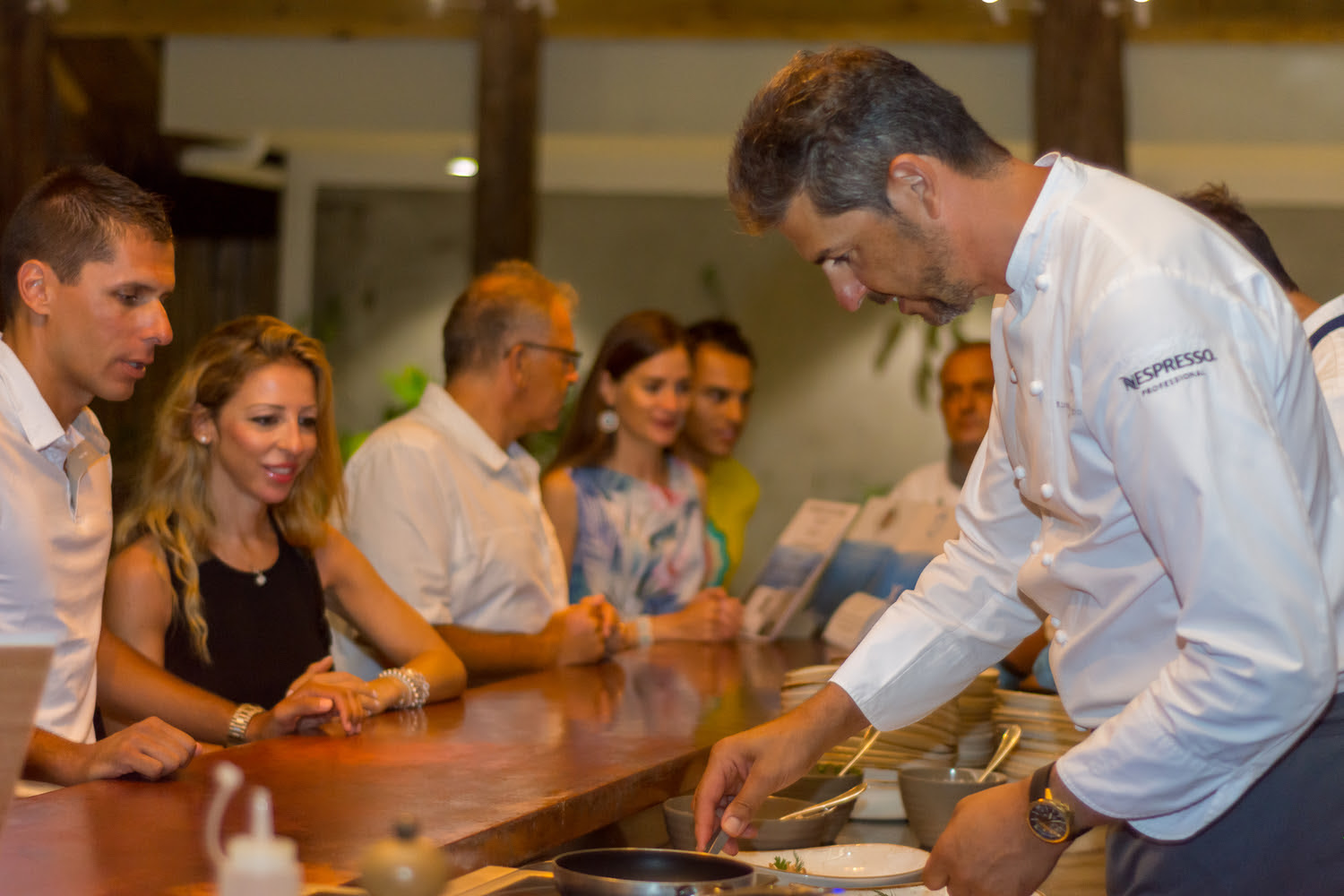 Located in Raa Atoll, Northern Maldives, You & Me is a 20-minute speedboat ride away from the Ifuru Domestic Airport or a 45 Minute scenic seaplane ride from Velaana International Airport. The resort is an adult-only island, targeting couples and honeymooners featuring different types of luxurious villas, suites and an underwater restaurant.

Cocoon Maldives currently Operates Cocoon Maldives, a 5-star family-friendly resort based on the principle of ‘affordable luxury’. This resort is also the first design hotel in the Maldives.