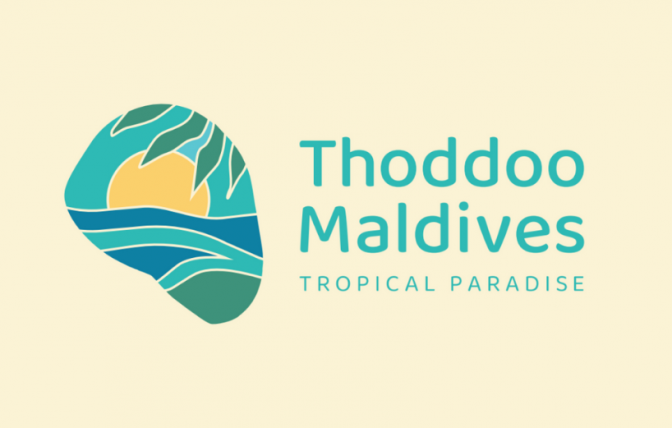 The island council of AA. Thoddoo, known for its flourishing tourism and agriculture, has launched the Thoddoo’s core branding and website to market the island as a local tourism destination.

The branding and website were launched in relation to World Tourism Day, during a ‘high tea’ ceremony held by the council especially for Thoddoo’s guesthouse owners. The branding was inaugurated by the owners of first tourist guesthouse, which was opened in 18th August 2013 – Ibrahim Shaniz, Adam Majeed and Ahmed Karam.

Speaking at the ceremony, the president of the island council stated that while AA. Thoddoo is already a well-established local island tourism brand in the Maldives, creating a core branding was an important step in gaining further recognition for the island on a global scale.

The concept of the branding took into account the shape of Thoddoo island, along with elements expressing a tropical mood. Carried out by Orca Media Group, a leading media and marketing firm in the Maldives, the branding work was done free of charge as part of the company’s CSR commitment to empowering local businesses.

Apart from Male’, AA. Thoddoo has the highest number of guesthouses in the country. It is currently home to a total of 43 guesthouses, which equates to 279 guest rooms and 558 tourist beds. In the coming 6 to 8 months, the island will see the completion of 24 additional guesthouses that are now under construction, which will add 250 more guest rooms.