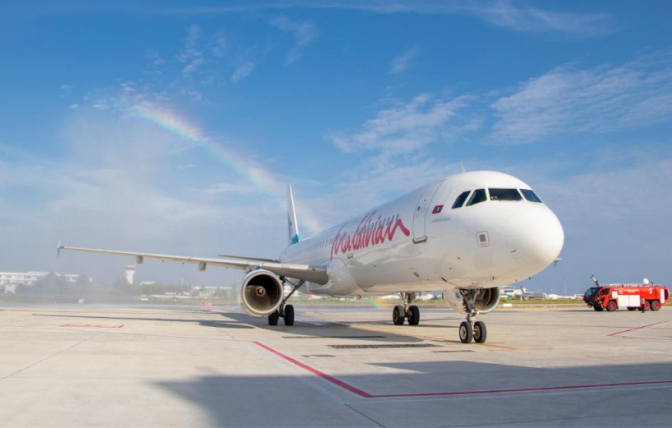 The expanded west apron marked its opening with the arrival of Maldivian Q2707 flight from India. The aircraft received a welcoming water salute as it approached the west apron.

The expanded west apron area has 9 aircraft stands that can accommodate both domestic and international flights. Trials were done on October 2021, demonstrating the maneuverability of aircraft and ground handling equipment to comply with ICAO safety requirements.