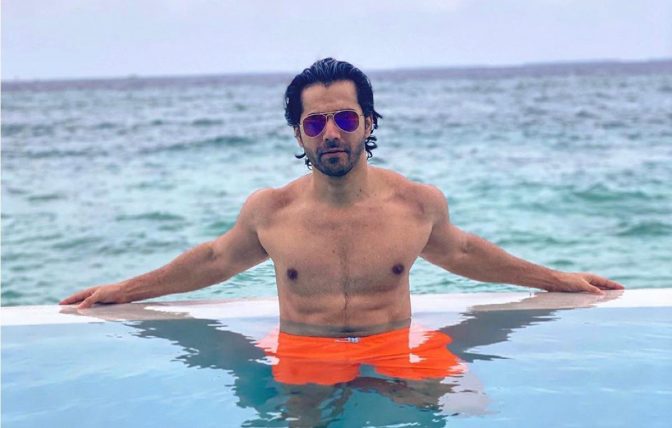 After being cooped up indoors for seven months of the lockdowns, it’s vacation time for Bollywood celebrities. Indian actor Varun Dhawan is vacationing in Maldives at Soneva Fushi.

Recently, Varun’s Judwaa 2 co-star Taapsee Pannu, too, was spotted on a holiday in Maldives.

The actor, 33, shared a picture of himself from his vacation to his 32.6 million Instagram followers. Varun was seen chilling in a pool with a breathtaking view in the background. Sharing the photo, the actor captioned it with a quote by Bruce Lee: “Be like water making its way through cracks – Bruce Lee.”

Varun Dhawan is an Indian actor who works in Hindi films. One of the country’s highest-paid celebrities, he has featured in Forbes India’s Celebrity 100 list since 2014. Varun was last seen in Steet Dancer 3D, in which she co-starred with Shraddha Kapoor. The actor’s upcoming films include his father David Dhawan’s Coolie No.1.