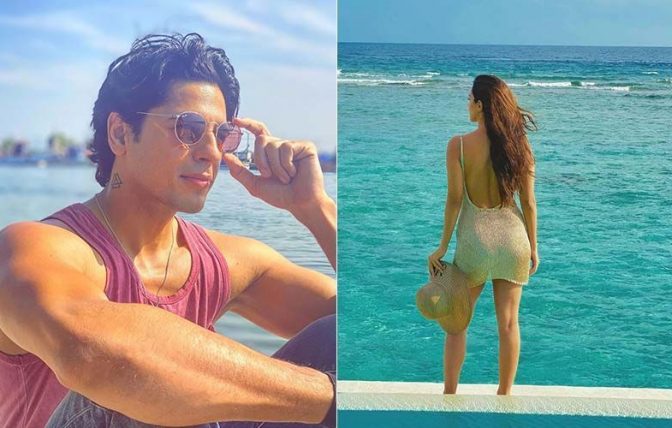 Indian actors Sidharth Malhotra and Kiara Advani is on holiday at Maldives. They have been sharing pictures and video clips of their Maldives vacation at Soneva Fushi.

Sidharth Malhotra began modeling at the age of 18 and started his Bollywood career as an Assistant Director in the year 2010. He made his debut as an actor with the film Student of the year (2012). He is known for his work in films like Ek Villian (2014), Hasee Toh Phasee (2014), Kapoor & sons (2016) & Marjaavaan (2019). His upcoming projects include the film Shershaah (2020), which is based on the life of Kargil Martyr Captain Vikram Batra.

Kiara Advani is an actress, known for Kabir Singh (2019), Good Newwz (2019) and Laxmii (2020). Sidharth and Kiara have reportedly been dating for quite some time now.